Breach Of Promise To Marry – Hear what the Law has to say! 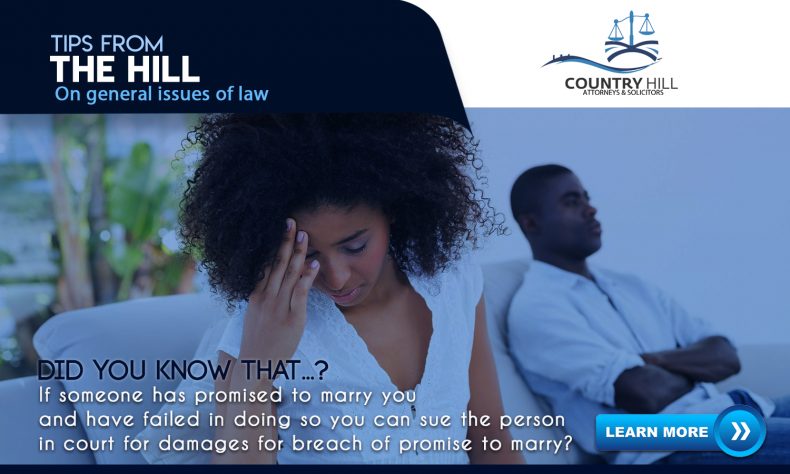 Breach Of Promise To Marry – Hear what the Law has to say!

chas 24th Apr 2019 No Comment in Case law, civil law in Nigeria, Tips from the Hill

DID YOU KNOW THAT…?

If someone has promised to marry you and have failed in doing so you can sue the person in court for damages for breach of promise to marry. In Ezenah v. Attah (2004) 7 NWLR (Pt. 873) 468, Tobi J.S.C enumerated the elements as follows;

The only relief available for an action of breach of promise to marry is Damages.